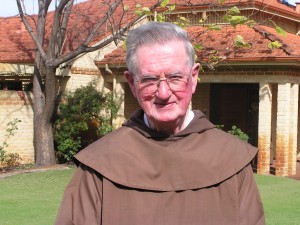 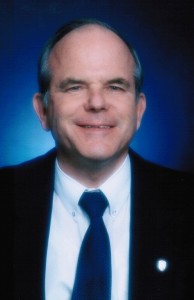 On Tuesday 10th April, 2012, family, friends and many parishioners gathered in the church to farewell Petrus Carolus Joannes Nicolaas Rosielle, better known to most of us as Peter. It was a joyful farewell to a man who was remembered as a gentle and loving father, brother and friend.
Peter, along with his family, arrived in Australia from Holland after the war and settled in Morley in1950 – making Peter one of the longest serving members of the parish, having been worshipping here since the establishment of the first church, St. Paul’s, in 1951.
Peter and his wife Patricia built their home in Wellington Road, only a few hundred metres from the present parish church, and raised their family there. As a family man, Peter was involved in the school community and saw the school go up on its present site, the old church open in 1960 and then the new church opened in 1992. He was a faithful Catholic whose greatest passion in his later years was the Divine Office and daily Mass.
Over the years, Peter was involved in many different ministries and groups, including the Secular Carmelite Order, and was known to many people. He will be missed; but being such a great lover of prayer, we can be assured that we now have another saint praying for us all.